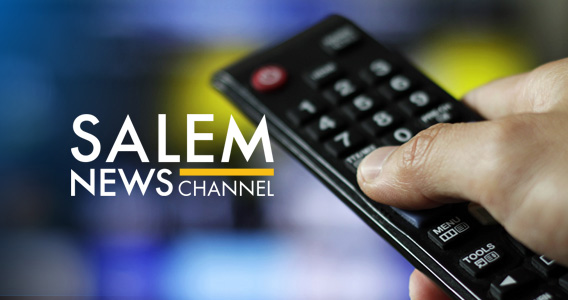 Salem News Channel (also called SNC) is a conservative news, opinion and commentary television network launched in 2021. The network is hosted by a number of engaging, compelling and respected conservative media personalities including Hugh Hewitt, Mike Gallagher, Dennis Prager, Sebastian Gorka, Charlie Kirk, Eric Metaxas and Andrew Wilkow. SNC’s mission is to serve the media needs of the audience interested in political news and opinion content that is consistent with a Judeo, Christian world vision and seeks to become the leading provider of conservative news and opinion content for the rapidly growing OTT television and multi-screen digital audience.

SNC is built on the belief that much of the mainstream media has abandoned its original purpose of reporting the news, and instead now attempts to spin the news to their own political ideology. Conservatives need a place for “breaking news and what to make of it” from a right leaning viewpoint. Thanks to the internet, news is now delivered at a breakneck speed. Our audience is constantly bombarded with news from a hard core liberal perspective. Our goal is to present the other side, fairly and accurately, with hosts you know and trust. We have fast become the antidote to the mainstream media.

Available on these devices and online: